I sat down to finish this third post in our three part series on “post-neutrality” and realized that while I am an informed citizen on the issues around net neutrality, I wasn’t sure what I could add to the excellent conversation happening this week (the first two here and here). I signed the petitions and sent my testimony to the relevant government agencies. I told them of the importance of protecting our access to the Internet from corporate control. I keep up on the issue as it disappears and reappears in the news.

I decided the direction to go for my addition was to look more closely at the idea of neutrality itself and how it works. How does neutrality function when discussing politics? As Nicholas pointed out, “neutrality” often works as a grand narrative like those of human emancipation: neutrality as a modern dream hid our biases and prejudices. And, as I would like to highlight in this blog, neutrality as a “hypothetical political position” often works to sustain the status quo.

It seems in many cases neutrality is a privilege and often not neutral at all, but rather blind to its privileged position. Neutrality means being able to have an absence of views or expression; a neutral party would have to have enough power to stand apart from a situation. One could argue that this is ideology working at its most efficient and powerful. Most of us are subject to forces that make us take a position in political and social contexts. Poland couldn’t be neutral in WWII, a black man faced with a cop’s aggression and drawn weapon, or a woman defending herself against her abusive husband can’t be neutral. Neutrality is not afforded to the oppressed. A stand is forced upon you. Sometimes it is personal violence and other times it is the pressure of racist or sexist institutions, unequal economic systems, and more often than not, it is that power that declares its neutrality. “I am the law: the law works equally for all. ”

In other cases, neutrality can even mark a willful ignorance, a blind spot to your place in society as one of power and privilege. White men often speak as if their opinion or judgment is neutral; that they could decide on matters based on their middle position, when in fact they exist in the most fortunate subject position, and reap the benefits from it. It is the nature of privilege to not acknowledge itself. That is part of its power, after all.

By way of example, let’s look at the “All Lives Matter” backlash to “Black Lives Matter’s” demand for justice for the violence meted out by the police on bodies of color. BLM, beyond police brutality, is a broader movement that, as written by Alicia Garza

According to Marcia Chatelain, professor of history at Georgetown University, creator of the #FergusonSyllabus,

Black Lives Matter is feminist in its interrogation of state power and its critique of structural inequality. It is also forcing a conversation about gender and racial politics that we need to have—women at the forefront of this movement are articulating that “black lives” does not only mean men’s lives or cisgender lives or respectable lives or the lives that are legitimated by state power or privilege. 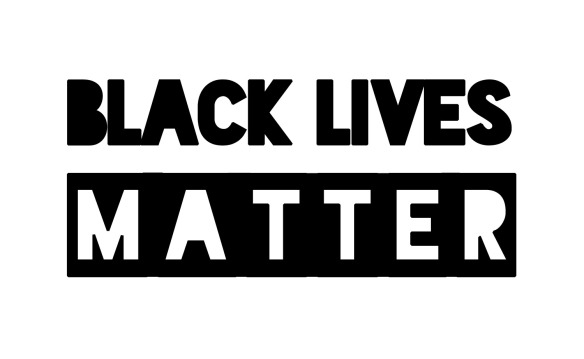 “All lives matter” as a rebuttal misunderstands, willfully or not, the vulnerabilities that African Americans face every day. In an interview of Judith Butler by George Yancy, they discuss how black lives are disposable and ungrievable, their very lives considered a threat to the safely of white people and the white supremacist system. It declares “whiteness” as neutral while profiting off a system that demeans and controls bodies of color.

At best, those that answer BLM with “All Lives Matter” misunderstand the problem.As Butler responds “It is true that all lives matter, but it is equally true that not all lives are understood to matter which is precisely why it is most important to name the lives that have not mattered, and are struggling to matter in the way they deserve.” At worst, “All Lives Matter” is anti-black racism and in this response,

we lose the ways in which the state apparatus has built a program of genocide and repression mostly on the backs of Black people—beginning with the theft of millions of people for free labor—and then adapted it to control, murder, and profit off of other communities of color and immigrant communities (Garza).

As I have defined it here, this “neutral” position that simply tells us that “All Lives Matter” (and this is true, we all know that all lives matter, that they should matter) perpetuates and supports domination “rather than acknowledging that non-Black oppressed people in this country are both impacted by racism and domination, and simultaneously, BENEFIT from anti-black racism (Garza).” 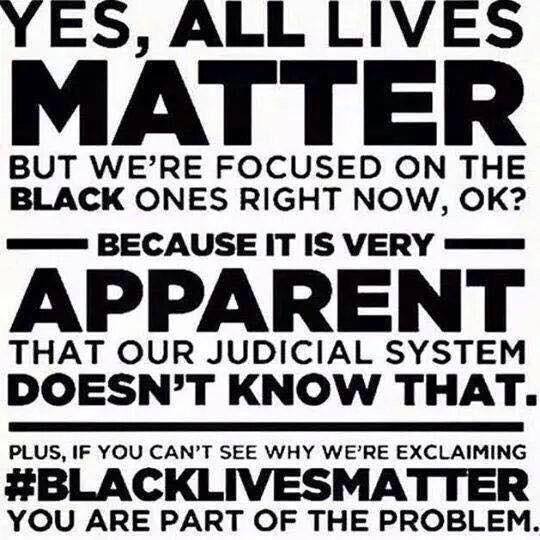 As I have run out of words in our self-proscribed limit, I will conclude that previous “posts on post” we have hosted through this year on the 3:1 Project have often implied that the “post” could be productive and positive. That the “post” means moving past something we have outgrown or perhaps even seen the error of our ways—grown up to new understandings that capture the social world more clearly. In this case, post neutrality would be a tragedy in that it would forget, preserve, prolong, and exacerbate what is a murderous and uncaring system of supremacy, a system far from neutral.

I’ll include links for further reading (special thanks to Dr. Jennifer Jones and Dr. Hilary Green for the help):

A Herstory of the #BlackLivesMatter Movement by Alicia Garza

Women and Black Lives Matter: An Interview with Marcia Chatelain

What’s Wrong With ‘All Lives Matter’?