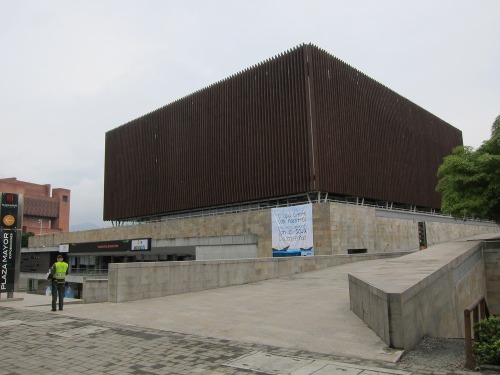 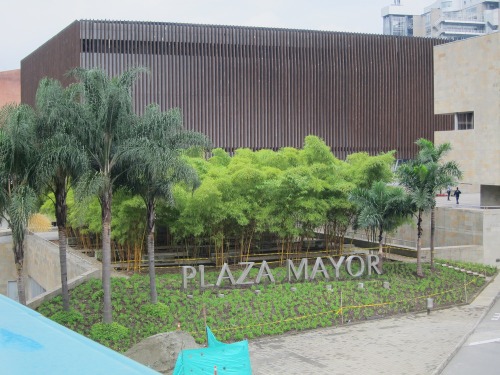 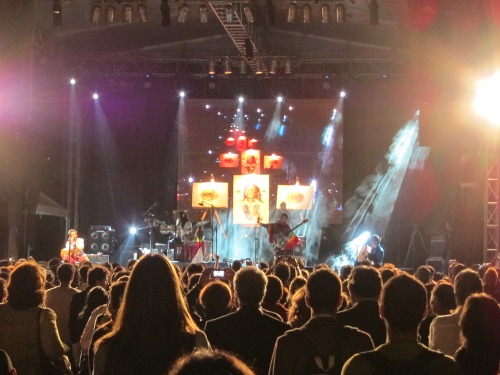 In Medellín this week (November 13 to 19), among a host of other events, is the 7th Interamerican Dialogue on Water (http://d7.rirh.org/). This conference takes place every three years. It is meant to act as a regional conference in order to prepare documents on five core themes as contributions to the World Water Forum in Marseille, France in February 2012. The themes included: water governance, a culture of water, financial sustainability, managing knowledge and information, and confronting challenges and needs.

The conference was organized try to get as much input from all the participants as possible. The first three days were organized along the “world cafe” model. A “mesa” or a round table was held for each core theme and participants (more than 1000) could pick which theme was on interest to them. Over two days the mesas met many times and in each, the group was broken up in nine further sub themes and in groups of 4 or 5 everyone circled the room to discuss themes, come up with key issues, later strategies, and later commitments. The leaders of each mesa worked long hours to develop a synthesis document on the core theme that was presented to large assembly on the last day of the conference.

There were also side working groups according to interest group (utility operators, transboundary issues, governance, rotary…) as well as panel presentations on issues such as water and energy, ecosystems etc.

The model of the conference was extraordinary for facilitating the development of relationships between people within such a large group by given everyone a chance to work together. This was very fruitful.

One of the things that struck me though was the overlap between the outcomes of the working groups on the key themes. Many issues kept popping up that could be said to fall into the governance category (bringing us back to questions of the breadth and utility of the concept). People were often concerned with oversight, accountability and transparency, and the human right to water came up again and again.

One interesting intervention that I heard on this point was from the head of the water division of Medellin’s public utility EPM. In his presentation, he underscored the point that without a definition of what the human right means, it is rather inconsequential. For example does it mean free water in every home? Free water within a reasonable distance (say 100 m)? Does it mean water within a reasonable distance at an affordable price for each socio-economic group? He also made the point that the human right to water must involve the state. That reaching such a goal largely depends on improving people’s lives and socio-economic opportunities, it cannot default to utilities. A final thing he noted was the confusion between 100% infrastructural coverage and the right to water; without the ability to pay, access to infrastructure does not mean access to water.

I think these points deserve some attention. I have attached some pictures of the conference venue (including a concert given by a local band). In the next post, I will attach some pictures from the infrastructure extension projects in the disadvantaged barrios.

1 thought on “Greetings from the 7th Interamerican Dialogue on Water”