The time has come to talk of many things:

And why politics needs these things–

and whether bacteria eats oil

In Making Things Public, Latour sets forth to “designate a risky and tentative set of experiments in probing just what it could mean for political thought to turn ‘things’ around, or ‘What would an object-oriented politics look like?” (p.14).  It was this chapter–”From Realpolitik to Dingpolitik or How to Make Things Public”–that prompted much of my thought about what a “thing” oriented International Relations might look like. My research is focused on bacteria and microbiomes and bodies and parasites, but sometimes other things make themselves known. This is the most magical part of a “thing” oriented politics: those objects demanding attention, making themselves known, pushing us to respond to the world and everything in it.

I have a forthcoming chapter in a book taking objects in IR as its subject entitled Making Things International.  This book is something new and exciting from a disciplinary standpoint, and my chapter on microbes joins others on corpses, passports, viruses, drones, dirt, bodies, and barbed wire, to name just a few from the collection. Now, hanging out with STS folks makes this seem easy, but IR has chosen its objects of study from a rather short list.  We talk about the State with a capital S, sometimes NGOs, admittedly, more and more attention is focused on the individual, but it is generally bounded by international law or rationalist assumptions of individuality over sociality. The International Criminal Court has brought individual accountability to a system of sovereign immunity, but progress is slow and fitful and markedly anthropocentric. Even with global climate change, decline in biodiversity globally, and the countless number of extinctions, IR doesn’t really talk about “nature” as much as it should given the climate crisis as the acme of politics now immanent to the globe.

That said, a good place to start with objects in politics is with disasters, or “What can things do for us?”  Let’s look at a recent study proposing wind turbine “farms” off the coast and then one about oysters and their role in curbing superstorms off the US Atlantic coast.

Admittedly, this is still looking at objects anthropocentrically, but it’s a start. Also, I know that recognizing “things” as crucial to survival, safety, or health, or happiness doesn’t translate to a democracy that incorporates them explicitly, but even finding these actants on the radar can open a dialogue about the role humans and others play in complex eco(social)systems.

A recent study by Stanford, published in Nature Climate Change, has concluded that wind turbines can aid in lessening the damage from superstorms like Sandy and Katrina. Unlike seawalls, they can also generate electricity. Using a climate-weather model, the study found that “large turbine arrays” of 300+ would significantly reduce windspeed, rarely suffer damage during high wind storms, and that the net cost is estimated to be less (“capital plus operation cost less cost reduction from electricity generation and from health, climate, and hurricane damage avoidance) than the net cost of fossil fuel electricity generation.  Unfortunately, the number of turbines to take the edge off of Katrina would be 78,000 wind turbines placed offshore. Currently, there is political resistance to any wind turbines in many areas of the US and many question whether this would be worth the cost.  The two largest wind farms in the works in New England and Texas have only 200 turbines.

Futurity writes that the cost of Sandy totaled $82 billion, and there is the added bonus of electricity generation to sweeten the financial deal. A further question would be the ecological impact to the ocean. This was not addressed in the articles I found. 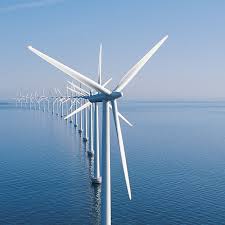 This article on the role oysters in taming superstorms is a wonderful example of an object oriented look at the world.  In October 2012, Paul Greenberg wrote about the destruction of the indigenous oyster in New York, Crassostrea virginica, and the effects their underwater reefs have had on stabilizing the shoreline previous to over-harvesting by humans. To quote from the article:

“Just as corals protect tropical islands, these oyster beds created undulation and contour on the harbor bottom that broke up wave action before it could pound the shore with its full force. Beds closer to shore clarified the water through their assiduous filtration (a single oyster can filter as much as 50 gallons of water a day); this allowed marsh grasses to grow, which in turn held the shores together with their extensive root structure.”

Of course, as Greenberg points out, our protection is at an end due to our “poor behavior”. Like the Walrus and the Carpenter from Lewis Carroll’s Through the Looking Glass, we ate them all up.

“O Oysters,” said the Carpenter,
“You’ve had a pleasant run!
Shall we be trotting home again?’
But answer came there none–
And this was scarcely odd, because
They’d eaten every one.

Then we started farming oyster beds, but that didn’t go so well after dumping raw sewage in the ocean.

In conclusion, he points out that storms like Sandy will both increase in savagery and frequency, and that we need the  oysters back in the bays to protect us (and they taste good, too).  This is made difficult because of poaching and pollution, but human-run programs have tried to get reefs started again. From the perspective of an object oriented democracy, oysters need NY reps, right? And wind turbines  should have their say against those arguing against them– “ugly” skylines or electricity?

Future blog posts along this line could involve oil eating bacteria in the Gulf coast….anti-bacterial handsoap and our “superbugs”…

8 thoughts on “Dingpolitik and Other Things”