“Rising along the eastern slopes of the Agasthyamalai range of the Western Ghats, the Tamirabarani river travels a short 125 kilometres before reaching the Gulf of Mannar near Punnaikayal. Passing through Tirunelveli and Thoothukkudi districts in Tamil Nadu, it spells life for those in the dry and arid plains along this part of the south-eastern coast of India. …” 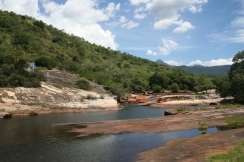 The Karayar river, an important tributary of the Tamarabarani…On the banks is an important and popular temple here 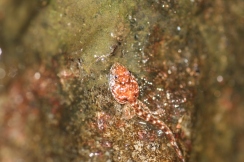 The tadpole of this frog species grows entirely on the mossy wet slopes of the mountains here. The tail falls off and the tiny frogs fall to the ground to continue life

Continuing from my last post on the forests of KMTR, in India’s southern western ghats, here is a feature on the River Tamabarani that originates in these mountains – the journey of a river from source to the sea, from the canopy to the coast and the many things that happen along the way…This feature appeared in The Hindu Sunday Magazine on October 18, 2015, and really really underlines the nature’s infrastructure theme for me in more ways than one. For the full text and more pics click here

3 thoughts on “A river’s journey”