As many of you know, I study the spread and localization of packaged software such as Enterprise Resource Planning (ERP) in institutions of  higher education. In this line of literature, a new concept has emerged to discuss linkages between organizations called the “agora.” ERP, as a product, is specific enough for higher education as a sector, but generic enough that the systems need to be localized to some extent during implementation (Cornford & Pollock 2003:111; Pollock et al. 2007).

Software modules in ERP for higher education mainly include human resources, student information services, and financial operations, which handle tasks essential for running a university (like payroll and promotions) but have little to do with a university‘s public image (like professors and promotional websites). ERP’s primary advantages are related. First, data storage is centralized. Rather than having numerous databases, an ERP centralizes data storage into a single grid (Davenport 1998). ERPs provide “real-time” data to university officials. As a result, their decisions can be made with the best possible information, which improves upon previous systems where data were commonly outdated (Pollock 1999). Third, data are authoritative. With ERPs, data storage is centralized so that data can be accessed by any functional area with permission to access them. This eliminates the problem of “competing” data (Swartz & Orgill 2001:21). Lastly, students, faculty, and staff are turned into “self-service” users who monitor their own relationship to the university (in the form of scheduling, pay, payments, insurance, grades, etc.) rather than having those tasks administered by support staff (Pollock 2003).

Now, I first read about the ‘agora’ concept in Pollock and Williams’ (2008) newish book Software and Organisations on the “biography” of contemporary ERP. Their analysis, which spanned decades, multiple sectors of the economy, numerous suppliers and adopters of packaged software, which itself took on many forms, their respective support and implementation experiences, and countless additional actors — and all this happened in what they are calling an “agora.” Now even their broad analysis was conducted in segments and episodes, inter-related as they may be, from particular vantage points; each analysis adding another slice of the “agora,” a term borrowed from Kaniakakis (2006; 2008), which is:

an extensive, seamless web of social (or rather, socio-technical) relations over time; there are no walls or gullies that allow what is ‘outside’ to be reliably fenced out/factored out of the analytic picture … [which draws] attention not only to the heterogeneity of players but also the intricate and heterogeneous pattern of linkages that exist between these players (Pollock & Williams 2008:292).

Such dynamics cannot be captured by standard-fair STS concepts like “network builder” (Hughes 1993) or “heterogeneous engineering” (Latour 1987; Law 1987 [ch 6]) because agoras are of no one’s making and instead materialize from multiple linkages constituted by coordinated and uncoordinated events and actions over time. They are not really “just” networks or communities. They are not “just” markets or fields either. Instead, this model of organization contains and is constituted by organizations whose forms are not necessarily suboptimal and their behaviors are not necessarily strategic. Instead, the assumption is that they are all relationally defined and operate relationally. As such, their heterogeneous contents — machines, software, office buildings, offices, analysts, their publications, their publications in use, vendors, their support desks, their users, etc. — are held together by shifting “linkages,” which is not to say networks or communities because what binds them is not merely interest or commonality. The task then, is to search for “cues” Pollock and Williams (2008) say, cues for where to study these linkages (and when, given that they also theorize the significance of temporal aspects of design and organization in a non-trivial way). The emphasis on inter-organizational consequences and processes is appealing to me, given my commitments to new institutional theory, which appears to have finally arrived to STS.

This is a third-wave of theory for STS, and it is related intensely to the role of organizations and places their operations central to the field of STS. On the one hand, it is a beautiful view — multiple vantage points collected in differing locations at multiple times. However, is it a view of the kitchen sink? I am cautious to criticize this approach as I to believe it to be a significantly novel approach to STS that outside scholars could also take-up. Still, the concept was designed to overcome such naive notions as “actor-network,” in part, because the term has been used in so many competing (and often clumsy) ways, but also to get away from the idea that “anything” can be included so long as we follow the actors.

The “agora” is a somewhat novel way to rethink the linkages that bind groups, people, places, and things over times and in multiple sites through variously coordinated and uncoordinated ways … and it may one day find its way to org theory, if it has not (to some extent) already arrived. 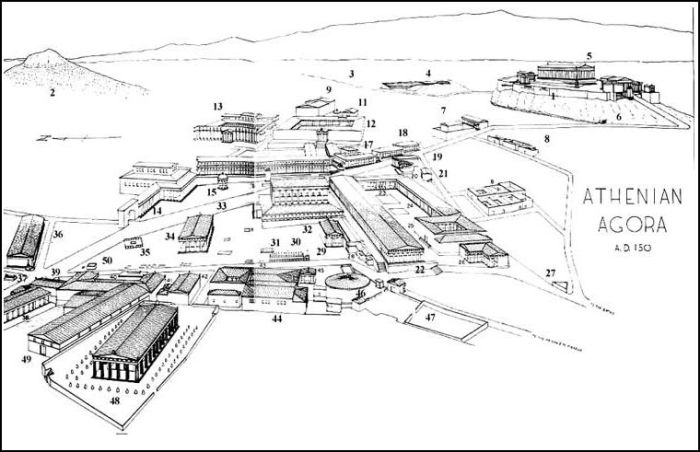 1 thought on “Third wave of STS studies and "Agora" concept”