By Sara B. Pritchard, Confluence is a terrific book. 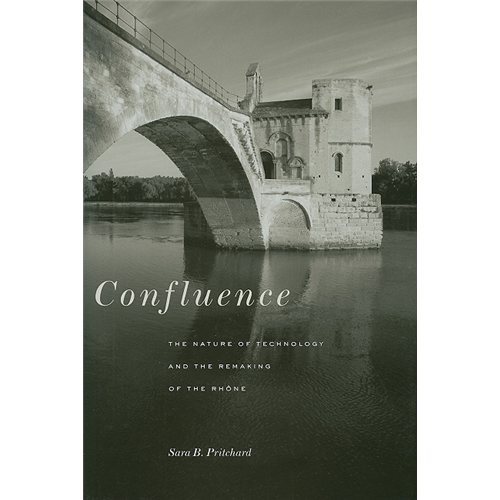 The two stylistic issues that stand out to me are the clever blending of historical/empirical material with conceptual/sensitizing meta-commenting as well as effortless shifting between geography, political science, STS, and other disciplines. After all, when the entire enterprise turns on the river Rhône, we cannot help but to see, for example, how hydrological changes to the river become inextricably linked to political and cultural events of the 21st century or how the river was iconic of the French state and re-building efforts after the second world war (and there is much, much more to un-tangle).

This is a rich, historical text that will not upset sociologists whom might be more interested in the generalized patterns at play or the take-away new concept for their toolkits … although, those types of sociologists will have to be patient because conceptual matters are peppered throughout the well-seasoned document. Although, the patience is reward by excellent writing; varied sentence structure, lively telling of the past, occasionally challenging vocubulary, and a deep sensitivity for differences between translated languages so that we often get the original French term alongside the translated English substitute.

My friends in infrastructure, especially water infrastructure like Patrick Carroll and Govind Gopakumar have probably already found this gem, but if they have not — take a look!