Once, the phrase “politics by other means” was a way to know about technology. The same sh/could be said of infrastructure; so often we conceptualize infrastructural entities by what they are made of, which is legitimate in my mind, but is there room to see infrastructure as made of “other” stuff?

As soon as Jan-Hendrik Passoth and I (Nicholas Rowland) finished writing “Actor-Network State: Integrating Actor-Network Theory and State Theory,”  (International Sociology 2010 25: 818-841 (2010)), I started to wonder with renewed interest “what are states made of?”

One answer might be to accept a line of thinking Jan and I outline in the above paper and suggest that the question has become something irrelevant. As we write:

“This direction for state theory does not ask same old question ‘what a state is’ – it is an actor-network, of course – because that does not say much, and instead asks ‘how states are’.” (Ibid., 826).

However, now I’m thinking there might be something more to it; that is, if the question can be reformulated so that we in political sociology, political science, and international relations and international law stop asking “what are states?” and instead start asking “what are states made of?” Perhaps this new “entry point” will aid us in rethinking states and the role of states.

Larry makes the point that we turn our attention to theories of action (mainly, an actor-network approach to the state) in the above article, which implies (to some extent) that states are what states do. If that’s an accurate and/or legitimate assumption, then the “hollow state” writers might be in some serious trouble, or at least have some serious explaining to do. If states are playing a more and more restricted role in the shape of international affairs as compared to, for example, global credit-rating firms or multi-national corporations (which Larry writes about with great success: Backer, Larry Catá, On the Tension between Public and Private Governance in the Emerging Transnational Legal Order: State Ideology and Corporation in Polycentric Asymmetric Global Orders (April 16, 2012).), then two possibilities exist. 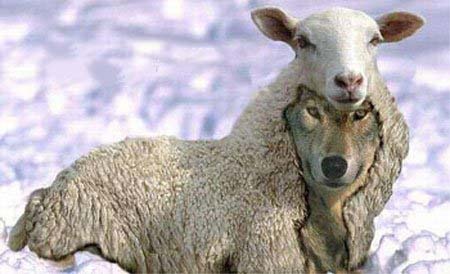 First, if states are what they do, then this could imply that whatever it was that states previously “did” is no longer needed or privileged in international affairs, hence, because states are what they do, they are doing qualitatively less of it and shrink as a result (sometimes this logic seems to underlie the thinking in “governance without government” (Gw/oG) schools of thought, which Larry also writes about with success: Backer, Larry Catá, Governance Without Government: An Overview and Application of Interactions Between Law-State and Governance-Corporate Systems  in  Beyond Territoriality: Transnational Legal Authority in an Age of Globalization (Günther Handl and Joachim Zekoll Editors, Leiden, Netherlands & Boston, MA: Brill Academic Publishers, forthcoming 2012). (March 1, 2010). Penn State Legal Studies Research 10-2010.). Thus, whatever it was that states did, we no longer need it. Note: this is a hardcore functionalist argument. Sometimes this sort of an argument is utilized when discussing the reduced role of government not only as a descriptive account of contemporary affairs (usually, documenting liberal bellyachers fondly reminiscing a largely imagined understanding of the role of government, for example, in the US or UK) or a prescriptive account of contemporary affairs (usually, promoting a particular agenda to “save” government from having its power usurped by other actors on the international stage or, in some cases, promoted by government agencies with pro-market solutions to otherwise historically government tasks or duties such as how to “best” (by which, “most efficient” seems to be the placeholder) deliver social provisions to a deserving public (please note: this sort of a dynamic replete with descriptive and prescriptive accounts opens the door to observing “political performativity” where our ideas about the political reality unfolding in front of us is prescribed by its descriptors and described by its prescriptors – as noted in the original post by Larry, this is a potential well-spring for new research).

Second, if states are what they do, then this could imply that whatever it was that states previously “did”, someone/something else is now conducting these actions in international affairs in the stead of states, hence, because states are what they do, when someone/something steps in to assume the role(s) previously monopolized by the state, the state shrinks as a result (this logic is also adopted in “governance without government” schools of thought, although to a much different end).

Another line of reasoning, consistent with the actor-network action orientation avoids either line of reasoning described above (which currently plague the Gw/oG groups), is to see the state as it is made up of “other” stuff. As in the previous post about actor-networks, materiality (or “the physical”) plays a central role and has nearly become synonymous with ANT anytime it is invoked for the purposes of, usually, of criticism. However, this special
attention to the material can result in a fantastic re-understanding of the “state ideology” (the terms Larry sometimes uses to encapsulate the notion that something like a state actually exists and occasionally acts in a concerted way in relation to its public/subjects and/or in relation to other actors like states on the international stage). I like to call this the “state hypothesis”, which explicitly reminds us that when the earliest neostatists started their writing (before full-entitivity was assumed by neostatists carte blanche) that writers like Skocpol required that “the state” was something that unfolded in historical comparative relief and that we, thus, should not simply assume the state exists but that it occasionally appears to exist under a particular set of historical contingencies. Please note: “entitivity” is just something that I pull from organizational analysis in sociology circles, which is a term to describe what is invoked when, for example, journalist say (and can actually be understood by common people) that “Apple Unveils iPhone 4S With Voice-Recognition Features” (NY Times: http://bits.blogs.nytimes.com/2011/10/04/live-blogging-the-apple-iphone-5-announcement/) or that “Goldman-Sachs profits mask revenue decline” (LA Times: http://www.latimes.com/business/la-fi-goldman-earns-20120417,0,7737808.story). Somehow in these moments, Apple is a thing and not just the concerted efforts of its managers and board members, hence, the entitivity is a reflection of this “acting thing” called Apple. Keep in mind, that if a state is what it does, then by that same logic Apple is what it does meaning that it is what releases iPhone 4S, that is, Apple is made of iPhone in the same way that states are made of, as a soon to be published example shows, other stuff such as water.

In water infrastructure research (and for those interested in STS and state theory of course), check out Patrick Carroll’s “Water, and Technoscientific State Formation in California” which has just been published as an “online-first” article by STS journal Social Studies of Science. 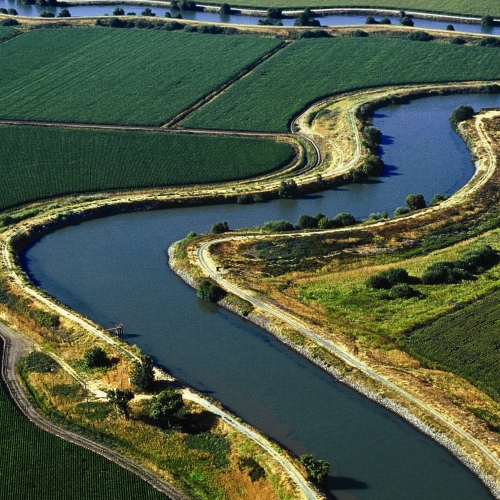 His abstract offers the thrust of analysis:

“This paper argues that water gradually became, over a period of more than half a century, a critical boundary object between science and governance in California. The paper historicizes ‘water’, and argues that a series of discrete problems that involved water, particularly the reclamation of ‘swampland’ in the Sacramento Valley, gradually came to be viewed as a single ‘water problem’ with many facets. My overarching theoretical aim is to rethink the ontology of the technoscientific state through the tools of actor-network theory. I conclude with the following paradox: the more the technoscientific state forms into a complex gathering – or ‘thing’ – of which humans are part, the more it is represented and perceived as a simplified and singular actor set apart from those same humans” (at:  http://sss.sagepub.com/content/early/2012/03/06/0306312712437977.abstract).

Patrick seems to be saying, and this is quite smart, that states are made of non-state stuff, in this case, water; that states can be invoked in relation to other (typically nonhuman) stuff. Although he does not go into great reflection on this matter, the empirical results very much support the position I’m staking-out here. One way to understand what states are is to observe what they do and recognize that they are constituted by this in a double-sense: they are made of their actions and whatever material constitutes their actions.

Please note: this will appear at: http://lcbackerblog.blogspot.com/ and was featured May 7, 2012 on “Law at the End of the Day.”