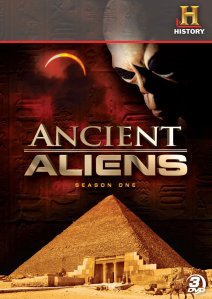 I have had unprecedented success with a new lesson in STS and I thought I’d share it with you all on the blog. NOTE: I’ve also got a sheet that can be used for students to follow along and it provides some questions to orient discussion after viewing (if you’d like it, it is like some others I’ve shared, for example, related to the “King of Kong” as an easy way to teach students about the scientific community and philosophy of science or a handout used to teach students about controversies in science through a documentary on intelligent design). So, every semester, the chapters on the “public understanding of science” in Sismondo’s introductory text end-up being sort of boring to students.

However, working with a student over the last year, we found another way to “get at” the information. Instead of dealing directly with some of the issues associated with the public and science through the typical lens of “understanding,” we look for the public and science through another lens, that of “misunderstanding,” in this case about what is and is not science.

“Ancient Aliens” is a series on the History Channel, self-described as:

Ancient Aliens explores the controversial theory that extraterrestrials have visited Earth for millions of years. From the age of the dinosaurs to ancient Egypt, from early cave drawings to continued mass sightings in the US, each episode in this hit H2 series gives historic depth to the questions, speculations, provocative controversies, first-hand accounts and grounded theories surrounding this age old debate.

In class, we just watch one episode, and it has been an incredible source of discussion ever since. During Season One, the fourth episode (which is just perfect for this lesson) is called “The Visitors.” Here is the summary:

If ancient aliens visited Earth, who were they, and where did they come from? Possible historic evidence and beliefs are examined around the world. The Dogon people possess knowledge of a galaxy they claim was given to them by a star god named Amma. The Hopi and Zuni people celebrate Kachinas, gods from the sky, whose headdresses and costumes appear to resemble modern helmets and protective clothing. Halfway around the world, Chinese legends tell of the Han leader, Huangdi, arriving on Earth on a flying, yellow dragon. Was this dragon more likely a spacecraft? Ancient astronaut theorists believe that these are far from chance encounters and that extraterrestrials not only interacted with us, but changed the course of human history.

The key is to ask questions after viewing like:

1. How do these “theorists” use the tools, rhetoric, and, thus, credibility of science to launch their claims?

2. What statements might be made or what portrayals do you see that link ancient aliens to the scientific enterprise?

After we watched this, understanding how the presentation of scientific ideas (in this case, non-science), the students have literally no trouble dealing with Sismondo’s chapter, which features the deficit model of public understanding and the presentation of science and the scientific enterprise by journalists. The real joy, though, comes when Sismondo starts to discuss how some scientists short-cut the journalism process and go to the public directly — often, out of desperation (enter, again: Ancient Alien Theorists!)

Again, write me if you’d like a copy of the sheet or to discuss the teaching idea.