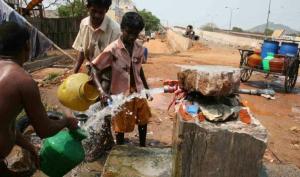 In “Water Wars in Mumbai,” a book chapter in Infrastructural Lives, we learn an important lesson about infrastructure as a material-social entanglement, in particular, in relation to the poor: infrastructure — or the lack-thereof — can be used to subjugate the poor — thus, reproducing their impoverished state — but infrastructure also, with rare exception, binds the poor to the non-poor.

This lesson dovetails nicely with Simone’s insights about postcolonial urban environment, and speaks to the fecundity of the chapters housed in the edited volume Infrastructural Lives.

Additionally, as we shall see, the emphasis on water infrastructure — and cracking down on purported abuses to the system — also adds a new level of complexity to our previous discussion of “jugaad” and its utility in understanding the how individuals adapt to the human-material environment under less than ideal circumstances.

The authors Stephen Graham, Renu Desai, and Colin McFarlane devote their chapter to the water and city relationalities alive in contemporary Mumbai. In short, land values are high, so other than the wealthy class, most city dwellers are relegated to slums with poor access to standard utilities. With emphasis on water, the poor are demonized for “tapping into” municipal water supplies, but with the high cost of bulk or bottled clean water, there are few alternatives, and almost no viable alternatives being granted to them through local officials (though promising access to water is often a promise to rally local votes among the poor). The poor, once illegal taps are identified and disabled, are subjected to local racketeering to access clean water, and, the authors intimate, local politicians have connections to these racketeering practices.

Thus, the poor and the non-poor are linked through infrastructure, in this case, the poor illegally — but with no alternative — tapping into the non-poor’s water supply. However, the poor are also subjugated by this relationship under certain circumstances, namely, when crackdowns on illegal tapping are successful, this clears the valuable land that slums are situated upon as dwellers flee the area for lack of stable access to affordable clean water, thus, clearing the way for speculators and developers to step-in and provide still more high-priced housing for the rich. This sort of revanchist policy, aimed to indirectly reclaim slums inhabited by squatters, is fueled by xenophobic understandings of the poor primarily through the metaphor of the “poor as urban illness” such that, as the authors put it:

Indian cities increasingly reflect the logic of what Amitra Baviskar calls ‘bourgeois environmentalism’ — disparate efforts to remove informal settlements, street hawkers, and (often Muslim) immigrants from spaces across the Indian city, which depend partly on notions of urban contamination and beautifications, and the often violent removal of the poor.

In so many words: clean the city of the poor and impoverished.