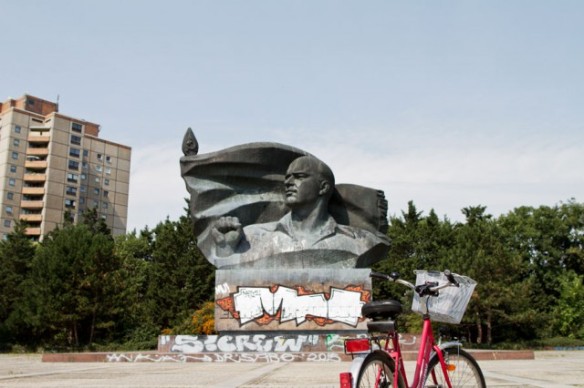 First, I’d like to thank our guest blogger this week Jordan Andrew for his intriguing post “The Architecture and Infrastructure of Memory (MAI),” which was a new topic to me.

Second, the picture in his post was original, he revealed in comments later on, which makes Jordan one of our best guest bloggers we’ve ever had.

So, my post follows-up on the original. Close readers will notice that my title is identical, with one exception, the “?”. The question mark has to do with a discussion that ensued after the post appeared. Deliberation ensued regarding whether or not “MAI facilitates (and limits) possibilities and creates complex connections between these possibilities” or if “what connects them is actually” Jordan’s post? That discussion is here; however, the sticking-points include that “there are no actual/infrastructural networks” (per Jordan’s opening line of paragraph 1) and that “memory is a thing we do and not a thing in the world right” (per Jordan’s closing line of paragraph 1).

Next, the closing line reads: “This is because MAI is intricately bound up in both remembrance and sovereignty,” which links to the remark: “MAI facilitates (and limits) possibilities and creates complex connections between these possibilities.” The concern is that memory is non-material, it is “a thing we do and not a thing in the world right,” and, as such, the literal making of connections (the actual networking, in the active sense) seems all but impossible. However, as I read this, it was precisely that memory and sovereignty, as un-material as they may at first appear (given that they are conceptual in form and function, and, to many thinkers, concepts do not exist in the proper sense of the term “exist”); however, memory and sovereignty do apparently have a kind of agency (or force to intervene or shape) in our world. It may be nonhuman and, crucially, uninhabited agency; however, per Jordan’s statement, now-standing examples of memorial architecture and infrastructure (such as Ernst Thälmann Park above) seem to be memory put to material, shaping the expression of memory through designs (accepted and rejected), decisions about what materials to use (or not use), and infrastructures (some which capture the memory more effectively than some competing arrangement), all happen through material practices at a particular time with a particular set of skills, decision-makers, and concerned (or disconcerted) publics, and so on, so that when we look into these particular moments in time, memory and materialized get bound together into a portmanteau that makes “memorialized” seem so reasonable.

I look forward to continuing this discussion …

12 thoughts on “2 of 3: Memory Architecture and Infrastructure (MAI)?”