New paper out that tackles a few issues about the ontological character of the future as it is enacted in practices of planning for it. Co-authored with Matthew Spaniol (see him here and here), an Industrial Ph.D. Fellow at Danish Maritime, Copenhagen, Denmark, and Roskilde University, Roskilde, Denmark. The paper is “The Future Multiple.” 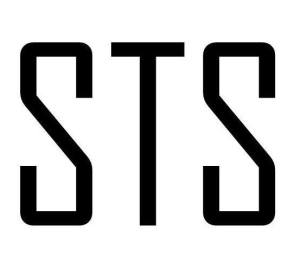 For this 3:1, we consider “Post-STS,” not because we know what that means exactly, but as an experiment to explore what a Post-STS world might mean, signify, or imply.

I’m going to go out on a limb and say that a Post-STS world would be a mark of success. What I mean by that is that STS, from the start, to my mind, was always a little on the defensive and positioned themselves as self-proclaimed inhabitants of the margins. Merton, during the very first year of 4S, claimed that we were a rag-tag bunch, but that what we were doing – making legitimate space for social inquiry into science and technology – was possibly a little bit noble. The message to me what clear: we were doing what the social and political sciences weren’t; we were attending to science and technology.

When the interdisciplinary space of STS is framed like that, a few consequences emerge, in particular, when STS is not seen as marginal. I primarily think of a meeting a couple years back, a “Theory Talks” meeting organized by Peer Schouten and company, after a Millennium conference at the London School of Economics the previous few days. The point of the meeting was for a bunch of STS scholars to get together with a bunch of IR (international relations) scholars. The Millennium conference itself is an IR event, and this meant that we STSers were “invited guests.”

That it appeared that IR scholars were coming to STS scholars for new ideas, possible collaborations (we found Stef there, after all!), and fresh directions for inquiry in IR. This surprised me. Really. That STS would intentionally be injected into a major line of inquiry in Political Science was, in my naïve understanding at the time, truly surprising. “Wait,” I thought, “has STS made it?”

The inroads of STS into IR is not exactly a cake-walk, but the very idea of a field coming to us in STS for direction was thought-provoking if only to contemplate the following scenario: STS does not have many programs to train students, and, from my read of things, most of the scholars that have ever called themselves STSers hailed from “other” disciplinary homes such as sociology, history, political science, and so on (possibly an anthropologist or two in there). But IR folks, instead of jumping ship and joining the ranks of STS, apparently wanted to import some of the ideas, tends, and theories associated with the STS attitude toward inquiry into IR. Their scholars are not leaving IR to come to STS; they brought the STS to IR.

With that in mind, I provide my closing remarks: my read on STS is that from the start, scholars in STS have always dreamt of a world where STS isn’t necessary. I once read a book about heavy metal (music) that made much the same argument: a lot of heavy metal is about a world that does not need heavy metal anymore. I guess a Post-STS world, to me, would be a victory because we would no longer need to carve out “special space” to do STS in.