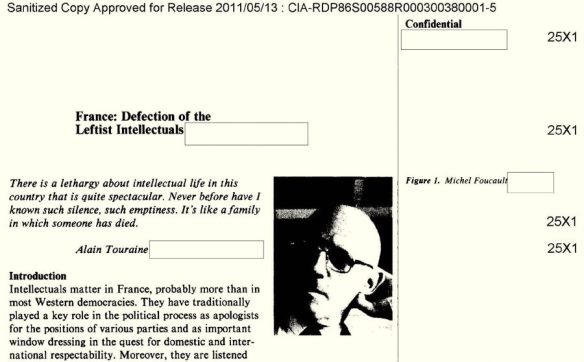 We are living in a time of intellectual fights. As STSers, we sometimes feel like being pushed back into the 1990s, only that the strange debates we had back then on “Science as Practice and Culture” have made it onto the streets and into mainstream media. Sure, we have expressed many times that we love science and love technology and today we join (and even practically and intellectually lead) the “march for science”. But the shortcut “post…” -> “relativism” -> “danger” seems to be still in place. A recent piece on HOW FRENCH “INTELLECTUALS” RUINED THE WEST: POSTMODERNISM AND ITS IMPACT, EXPLAINED argued for that – again. We’ve written about postmodernism many times, even in a 1, 2, 3 set of posts, so there is – intellectually – not a lot to add to that nonsense. But maybe it is time to take that, well, personal again: If that attitude is still a guidance for the modern, for the west, maybe we should have ruined it when we had the chance. Or, if that sounds too offended, why we obviously never had the chance to do so.

Neutrality is under fire, or, at minimum, “not finalized” (whatever that means), possibly, even dead. I am surprised, in light of discussions of postmodernism over the intervening decades, that we humor the metanarrative of human emancipation embedded in “net neutrality” in the first place. END_OF_DOCUMENT_TOKEN_TO_BE_REPLACED 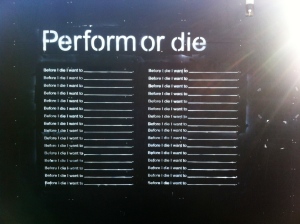 Been reading a good book on reflexivity, Reflexivity: The Post-Modern Predicament by Hilary Lawson, after our 3:1 week on postmodernism and after thinking about some new directions for Jan and I’s old paper on reflexivity.

Here is a choice quote from the opening passage, in discussions about reflexivity being at the core of Western philosophical thinking:

Growing up with Baudrillard, Lyotard and Luhmann as well as with Bobby Brown, White Noise and Twin Peaks it always seemed to me that the tenets of postmodern thinking are so deeply engraved into my perception that I can hardly distance myself from that. This is still evident whenever I see someone raising a point that just has the smell of modernism: “trust in the independence of science!”, “We can manage our natural resources in a rational way!” or “This is why Ukraine wants to turn towards the West!” As a well trained postmodern I cannot help myself, I have to utter at least a statement of doubt, if not disbelieve. I also never felt the need hide this well habituated scruples when it comes to modernism, as for me, feeling well aligned to a tradition from Weber and Simmel to Adorno and Luhmann the task of sociology has never been simply to understand modernity but to work on the intellectual tools to deal with the both the pleasures and the discomfort it creates.

On the other hand: raised in sociology just before the turn of the chiliad I also never experienced the playfulness that made postmodern thought so appealing to some that were trained just a decade or two earlier. It must have been liberating for someone raised to be a modern, serious sociologist in a time when quite obviously the principles of modernism were crumbling. But I never really felt the pleasure of pastiche, bricolage and of following the interwoven threads of intertextuality – for me what was most evident about the postmodern condition was the inevitable horror and the unshrinkable terror that Jean Baudrillard´s hyperrealism and David Lynch´s Blue Velvet captured so well. There it was again, the discomfort that I assumed early sociologists tried to deal with at the turn to modernity. Modernity was gone, the terror remained. For me postmodern sociology, like its modernist sibling, was damn serious.

Only that of course it was not. Diving into Cultural Studies and Semiotics, into Intertextualities and interwoven layers of denotation and connotations when I turned towards media studies I could not help it: All that emphasis on empowered readers and on the politics of pleasure that consumption offered seemed to me seemed to just cover the entrance to the limbo of our contemporary condition. The doubt about ways of the moderns — isn´t it also justified in the case of the postmoderns? If we have never been modern, have we ever been postmodern? My best guess is that we have not. We do not need to be. We need to take the achievements of both the moderns and the postmoderns serious: science, technology, politics as well as hyperrealism, simulacra and irony — without trying to be either modern or postmodern. And we are still in need on the intellectual tools to deal with both the pleasures and the discomforts that both modernism and postmodernism provided us with.

In the ‘90s, as a student, I was mesmerized by postmodernity’s rejection of all things holy to sociology. In place of depth, we emphasized surface. In place of a singular self, we emphasized multiple selves. In their vision of the academy, scholars were ironic in earnest rather than dry and serious. I was dumbstruck; this seeming reset of all things sociology was inspiring. That is not to say that I knew what to do with it, and after my interest being piqued I put all things postmodern on the shelf and focused on ‘serious sociology’ — the kind that ‘gets you a job.’ After a couple of years doing neo-institutional organizational analysis, I was drawn back into ‘things’ postmodern — literally — through actor-network theory, which took the form of Jan and I’s ‘actor-network state’ concept. I’ve hardly left it behind since, but a recent invitation to the Eastern Sociological Association’s next meeting to oversee presentations on ‘decoloniality’ has helped me to rethink postmodernity a bit.

How has decoloniality made me rethink/reconsider postmodernity? Decoloniality has primarily been developed in the Latin American context as a critical theory approach to ethnic studies, and constitutes practical and academic ‘options [for] confronting … the colonial matrix of power,” which is constituted by the imposition of colonial measures like race, ethnicity, gender, and all other manner of imperial state categorization schemes (Mignolo 2011: xxvii) (in this way it dovetails nicely with the “social studies of politics” that Jan and I have been cultivating over the last half-decade). The decoloniality project problematizes ‘modernity’ not as an intellectual or industrial sea change, but through emphasis on all the ‘other’ things modernity brought with it like ecocide, genocide, and the foundational self-defining notion of modernity that situates Europe in the center of the world and others on the periphery.

That’s the hang-up. Postmodern theory — I’m thinking of Lyotard, for example — meaningfully questioned modern rationality and knowledge production. This was a boon for science and technology studies, no doubt. Recognition that scientific facts are not as stable as previously believed (if that itself was ever true) resulted in research emphasis on the creation of scientific facts, which, in turn, revealed so much about the exigencies of producing “truth” and how the scientific enterprise “worked.” Postmodern theory also — I’m thinking of Harvey or Jameson now — meaningfully questioned modern industrial production and the rise of service economy and rationality of ‘late capitalism.’ This too was insightful because in addition to rationality, modernity brought industrialization with it.

According to members of the decoloniality project, while attending to knowledge and industry, postmodernists tend to reify some of the most foundational elements of modernity, namely, genocide, ecocide, and the foundational self-defining notion of modernity that situates Europe in the center of the world and others on the periphery, which advanced sociological theory might just as well serve to perpetuate. With rare exception, postmodernity contains few practical solutions to these ‘other’ thoroughly modern problems.